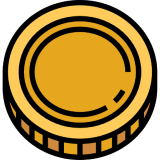 What is the endgame?

If we succeed, we will turn ToonCoin into a widely used currency that can compete with fiat on the general market as a means of payment and savings. Something that modern cryptocurrencies are yet to achieve.

If we fail, we raise lots of money for charity and still make the world a better place. We have designed the TOON strategy and smart contract taking into account the flaws of modern fiat and crypto currencies to ensure TOON would have as few of them as possible. Also, using the game theory approach we ensured that if main «players» would be rational, our future would be bright.

TOON contract and ecosystem design are all about effective balance of motivations and powers. And they are developed by a team that knows a thing or two about making viral products.

What kind of charities will TOON distribute money to?

All donations will be subject to token holders community negotiations. The Maintainer will give the community several options for an off-chain vote and approval. Certainly, if vote results don’t look right, the community will always be able to block the distribution on-chain.

We are looking to support high-leverage charities, like fundamental research that has a potentially high positive impact on our world but there are no individual beneficiaries that would be interested in financing it thus being underfunded.

Economically speaking, the activities that have non-internalizable highly positive externalities.

All proposed charity fund distributions will be subject to approval of the token holders community.

TOON Tokens are not issued by any entity. TOON is issued by ownerless smart contract on Ethereum network.

In exchange, the contract gets “donations” in the form of ETH. All donations go to the contract's charity fund and are to be distributed in accordance with the decision of the TOON holders.

Who controls the smart contract?

How is the voting process organized?

Unlike other DAOs there is no additional «governance» token on TOON. Neither is there any need to stake tokens in order to vote.

What if The Maintainer goes bananas?

Any upgrade/distribution proposal The Maintainer makes is subject to 2-week delay. During this time the community is able to form an opposition (when 10% of the voters vote for an alternative leader). In this case a proposal gets delayed for additional 2 weeks. If over 10% more voters join the opposition during this time, delay goes further and further, up to 180 days.

And if The Maintainer gets impeached, all his proposals get deleted.

How to impeach a Maintainer?

It’s pretty easy. Any token holder has an ability to vote for a maintainer and to change the vote any time they like.

Whenever The Maintainer loses the majority of the votes, anybody can call a special method in smart contract that will "break the consensus".

In this case all Maintainer’s proposals get postponed. Token issuing stops and the community gets the ability to find a new leader. After somebody new gets over 50% votes, the «restore consensus» method of smart contract is called and everything goes back to normal.

During the time when nobody has over 50% of the votes smart contract operates normally, without any problems, as a ERC20 token with limited supply (as new token issuing is paused).

Is this procedure secured against bad behaviour?

Yes, it is. There are some potential cases that concern us and that will be solved during future contract updates, but no threats look viable at the moment.

How scalable is it?

Obviously, due to blockchain limitations only a small number of votes can be calculated by a smart contract.

But the algorithm is written in the way that provides solutions to all potential issues.

What are other duties of The Maintainer?

But the most important duties of The Maintainer are off-chain. The Maintainer promotes TOON Token, gets community approval on charity distributions, and develops TOON Ecosystem in general.

How is The Maintainer rewarded?

So the developers are rewarded with ToonCoins only when TOON price rises to a new all time maximums and the reward comes in the form of «Locked TOONs» - ToonCoins that can be transferred/traded only after specified period of time or when the price doubles.

Thus even if token price goes down, developers (The Maintainer) are still motivated for a period of at least one year to drive it up as their holdings are locked.

So is TOON a “centralized DAO”?

Yes, it is. While the community has complete-and-immediate control over strategic decisions and can replace The Maintainer at any point, The Maintainer acts as a centralized actor who is both motivated to do what it takes to increase TOON value and financially capable to do so.

Moreover, since the reward comes as a «locked TOON» even in case The Maintainer gets impeached and replaced with a new one, the ex-Maintainer is still motivated to do good to the community and TOON Token since they cannot sell the tokens they already hove immediately.

Can you explain it altogether?

TOON Token is used for governance by itself. Any token holder can designate the ecosystem’s «Maintainer». There can be either one maintainer or no maintainer at all. So maintainer is the only «thing» token holders vote for ON CHAIN.

If there is no maintainer (nobody has over 50% votes) new tokens are not issued and no proposals can be created until the community agrees on a new maintainer.

Also it enables any kind of more sophisticated logic if necessary as the role of maintainer can be given to smart contract with full-featured DAO to which people would stake their tokens.

Why should I help to promote TOON?

There are two ways for people to get TOON tokens:

All the ETH raised by issuing contract on primary market will be distributed to charitable organisations. So by buying tokens on primary market the purchaser will be effectively giving money to charity (exactly 100% of his spendings minus “gas fees”) and will be able to participate in choosing charities to send money to. None of the money raised will be ever spent on business matters/costs/etc.

Thus anybody who will be doing anything to promote the token or actually do anything to increase token price to new heights will be raising money for charity as due to reasoning in "3." getting the price to a new height at the secondary market will automatically create the demand on the primary market.

Say, there are X1 tokens in supply and Y ethers in charity fund. A villain can theoretically buy additional X2 (X2>X1) tokens for Z ethers, gain control over a contract, become a maintainer and distribute the whole Y+Z ethers to himself. Thus effectively stealing Y ethers from us.

That attack is one of the reasons we created a tiered upgrade system. In the best-case scenario for the attacker, it will take him 2 weeks to commit a theft. The attacker doesn’t know whether the community is going to fight back (consolidating around the previous maintainer for example), so to risk such an amount of money the attacker must be sure. In a real-world scenario, Z needs to be over 20 Y in this case . Then if the community actually doesn’t fight back in 2 weeks the attacker will become 5% richer. But if the community does fight back, it will require the attacker to freeze his ethers for as long as 180 days which is not economically viable.

What about flash loans attacks?

Our contract is vulnerable to some flash loans attack. In each possible scenario the community will be able to fight back, but yes, it is an issue that will be addressed in the upcoming contract update.